When Culling is Forever

Cross-posted from my blog at Backyard Poultry Magazine!

My husband and I have an agreement: When culling or butchering, he does the initial step. I do the rest. If I had to, I would do it all. If my husband was out of town on business and one of my chickens was suffering, I would take that step. But for other times, our agreement works best. 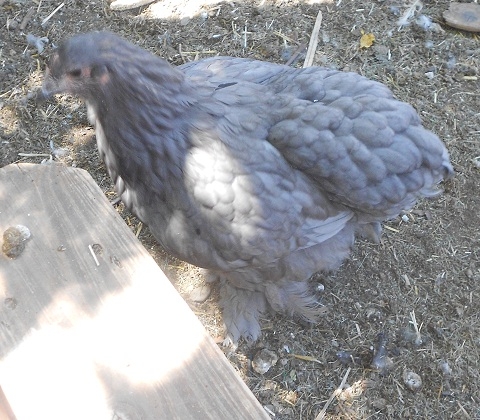 The uncomfortable subject of culling eventually comes up to all chicken owners. “Culling” really means that you’re getting that animal out of your flock, whether by selling, giving away or by ending its life. Because the reason for culling is one that probably won’t change, such as egg eating, illness or deformity, “culling” often refers to the humane ending of the animal’s life.

The first time we had to cull a chicken, we knew it was the most humane choice. My adorable wheaten ameraucana was so ill that she couldn’t breathe. With a swollen face, watery feces, and the inability to raise her head, she was miserable. I debated. When it’s your first time, you debate for a long time. But I grew up on a farm, so I knew that the most humane solution is often to just let them go. My husband had a hard time doing it, but he also knew it had to be done. Within a few seconds, my bird was out of her misery.

We’ve had to cull a few more sick chickens. When my husband’s dog proved that he could not be trusted with the hens, we took a couple severely injured chickens and ended their suffering.

Through my social network of chicken owners, friends learned that we were willing to cull. A few came to me, asking for help. They were owners who loved their animals, and could no longer stand to see them suffer. And though they knew what they had to do, they just couldn’t bring themselves to do it. 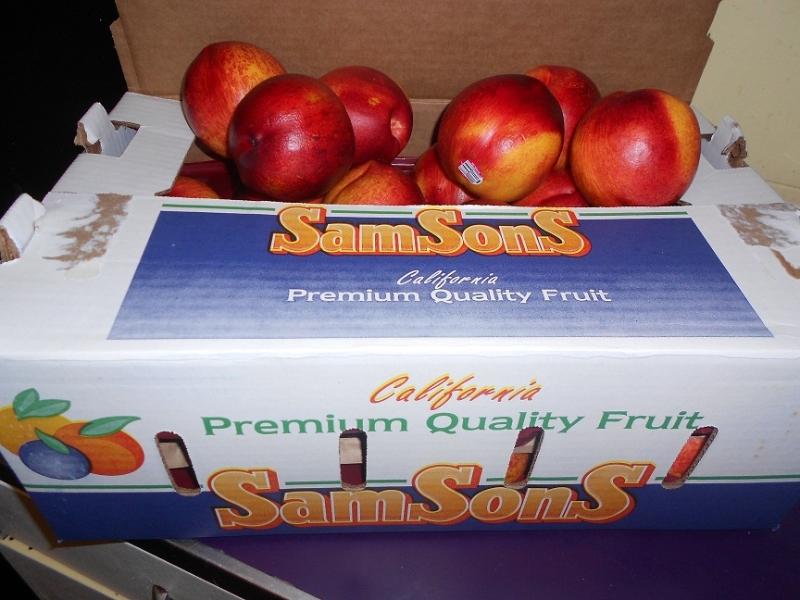 One friend brought two chicks, purchased from an ill-reputed hatchery. One was blind and could not walk straight, and had to be hand-fed. The other, with a tumor wrapping around its neck, was 6 weeks old and still the size of a 1-week-old chick. The owner knew they would eventually suffer and die, but she just couldn’t bring herself to do the task. She told her children that the chicks had gone to live at our farm, and my husband quietly helped the poor animals on their way.

To thank us, the friend also brought a crate of beautiful nectarines for my canning project.

I rarely talk about culling, except to other chicken owners. People who have never owned livestock tend to condemn others for culling. They haven’t seen the suffering, haven’t cared for the animal, haven’t tried all possible solutions. I’ve glued chickens together, administered antibiotics. I even took one chicken to the vet. Culling is a last resort. We never enjoy doing it, but we’re relieved when it’s done.

And I’m relieved that I have a partner who is willing to take the burden from me if he can.

If you want to learn more about backyard chickens, subscribe to Backyard Poultry Magazine, or subscribe to our email newsletter, or join us on Facebook to stay in touch with the latest information you need.

I’m a working mom, a devoted wife, an author and a homesteader. I spend my free time eating lunch. My homesteading story began 180 years ago, with pioneering ancestors who made drastic changes to preserve faith and values. With each generation the plot repeats: A diligent father works long hours to provide for his family. An innovative mother fills in the gaps while striving to uphold her faith and values. Children follow in their parents’ footsteps, returning to proven methods when modern times fall short on promises of a better life. Now my husband and I live the lessons taught by our parents, working to support our family through conventional careers in addition to urban farming. We raise chickens and other poultry, rely on large-scale urban gardening, and get through the winter with canning and food preservation. In the spring and summer we grow food; in the fall we preserve it; in the winter we make cheese and soap and chronicle the year’s experiences. I began the Ames Family Farm blog on a whim, mostly to secure the name in case I took my talents further and started a greenhouse or an educational system. What came to fruition exceeded my own ambitions. Now I share my experiences through Ames Family Farm, Countryside and Backyard Poultry Magazines, other publications, and social media. I speak at conventions and work with school gardening projects, advocating sustainability and backyard chickens in urban settings. Mostly, I offer what I can as friends and acquaintances seek help with gardening or homesteading endeavors. My current books in progress include Huntsman, the third book in the Tir Athair medieval fantasy series, and a homesteading series to help budget-minded urbanites enhance their living spaces to save money and advocate a healthier, happier way of life. I continue to contribute to Countryside and Backyard Poultry through it all. I believe homesteading is meant to save money rather than cost more. That gardening enhances health and joy as well as cutting costs, that canning and food preservation are keys to self-reliance when bad times hit. That everyone has the ability to homestead. Even if you live in a high-rise apartment and cannot keep chickens, you can make cheese or sew clothing. Even in a food desert you can budget and preserve food to protect your health and way of life.
View all posts by Marissa Ames →
This entry was posted in Farm Updates, Homesteading Articles and tagged ames family farm, backyard poultry, chickens, culling, humane, injured chickens, sick chickens. Bookmark the permalink.

2 Responses to When Culling is Forever

Yes, MY NAME IS jo

People always ask what Jo is short for. Short answer:Jo.

Tired of fake reviews? We are too.

A new family-friendly sci-fi, fantasy, or horror story every Monday.

Its those silly dreams that keep us alive...

a smorgasbord of Northcentric nonsense

Welcome! You will have a journey, when you read through these posts.

There are never enough books!

Retro Living in a Modern World. Naturally Sustainable Skills in City and Country

Where Imagination And Technology Collide

Get outta my head!

She Writes With Love

Ruler of the world inside my head