Have you ever had a task you needed to do? And the more you put it off, the more it caused anxiety? Then months pass and you still haven’t done it?

I write almost daily, whether for Countryside or Backyard Poultry Magazines or one of my books. But writing about me? About what I’m up to, my goals or dreams? Or even the weekly farm mishap which resulted in animal poop spread everywhere it shouldn’t be? (Trust me, those are weekly.)

I haven’t been blogging. But I need to. Especially now that life is ramping up fast.

So, though I realize the well-intentioned futility of New Year’s Resolutions, it just happens to be New Year’s at the time that I decide I must blog weekly. Whether anyone reads it is another story. But I’ll do it. And I’ll try not to make every episode about poop.

Today is just going to be a roundup of what has happened this year.

Though we have the same chickens and rabbits we’ve kept for a few years, this April we got turkeys. And we opened the door to a lot of turkey-related drama.

After settling six poults under Jerk, my ever-broody lavender amercaucana hen, we promptly lost two. Turkeys do that, they say. I was concerned because they weren’t all mine; four would go to Caidyn of Edlund Family Farm as soon as they were old enough to live outside without a mother. That meant, if I lost another of mine, I’d be raising a lone turkey. And turkeys can actually die of loneliness. I answered a Craigslist ad for newly hatched poults. My husband drove fifteen miles to choose some that weren’t dark (my hen is racist. Remind me to tell you that story sometime.)

Jerk raised the poults to eight weeks, at which point they contracted turkey rhinotracheitis. Essentially, a turkey cold. Which is a virus. Which can’t be cured with antibiotics. Which has to run its course. Through my connections with Countryside and Backyard Poultry, I received advice from Rhonda Crank of The Farmer’s Lamp.

Rhonda said, “Turkeys are so susceptible to respiratory issues until they reach a mature age. There really is nothing to do except keep their litter and living area as dry as possible. I would offer ACV water too, to help their immune systems. This is a virus so there are no medications for it. They should recover fine, but if (she) notices them becoming lethargic she may want to offer an antibiotic because secondary respiratory issues may be developing. You know I don’t medicate anything we’re going to eat. When we had a bout of this, we did ACV water, sprinkled in brewer’s yeast over their food, and kept things clean and dry. Ours did recover from this.”

And our turkeys did, as well. They received a couple penicillin shots when their snotty noses developed a foul odor. And though I agree with Rhonda about not medicating what we have to eat, there were going to be months between medication and slaughter. Russ and I decided to medicate.

Three turkeys went to Edlund Family Farm, where they became Thanksgiving dinner. We butchered one for a Christmas party and have two left.

“So how is your garden doing this year?”

That was the response all around Reno in 2016, especially among those of us who are supposed to be good gardeners, making the desert bloom and flourish. The biggest problem was the weather. It was cold, with the final frost date on May 19th. Then, by June 1st, temperatures reached 100 degrees. Vegetables like temperate weather, 70-80 degrees. And we had probably 20 days of that during the entire growing season. It rained once between the first day of summer and the last, and that rain lasted not even fifteen minutes.

We brought in enough food to fill our four-person table, during the growing season. But we weren’t able to preserve a thing.

So, though our freezers are full from the pig I purchased for Russ’ birthday present, and from foods I found through extreme discount shopping skills, it is not full of vegetables. We are already purchasing produce from the store. I’m not happy about it, but that’s the life of a farmer. Even a small-scale urban farmer.

I like being able to say my family hasn’t had too much excitement. With turkey colds and gardening disasters, I love settling in with teenagers who aren’t getting drunk or pregnant. A husband who works his butt off to feed his family. General agreement that, the harder we work, the more we have (even if not everyone feels that way on the same day.)

Joe is 17 this year and will be graduating in June! We’re so excited! It’s been a long, hard road as he learned to tackle his high-functioning autism and got a handle on his place in the world. But he will graduate. And we’re so proud of him.

Sahara and Russ are also good. Sahara is still learning culinary skills in high school and Russ is still as supportive as ever. No matter how high I rise, he’s pushing at my feet to send me higher.

Though I’ve been writing for Backyard Poultry’s blog since 2013, I signed my latest contract with Countryside Magazine in November of 2015, I feel this year has been the big push for my writing career. It’s when my name was in every print issue from March on forward. When I had strangers say, “Are you the Marissa Ames who writes for Countryside?” When I’d meet new friends on Facebook and they’d just happen to have an issue of Countryside on their coffee tables at the moment we made introductions.

2016 was the year I amped up my writing career, admitting that it wasn’t going to push further unless I did. It’s when I approached conventions and expos about press passes so I could find more to write about. When I attended meet-and-greets with big names in the agricultural and horticultural world.

And as far as my other career, as a massage therapist…so far, I’ve only had to cancel a few appointments when I went away for the National Heirloom Expo. But those clients were so happy for me that they were willing to reschedule.

And now, for two announcements which are super exciting and happening very soon:

I’m currently working on a new novel, which I feel has much more potential than the Tir Athair series ever did.

When people develop strange symptoms in Miami, it’s immediately blamed on drugs. Tremors and slurred speech develop into a need to scrape skin off. Some victims hallucinate and turn violent while others soon lose all motor function. And every victim dies. When the disease moves to America’s grain belt, epidemiologists argue whether it’s bacterial, viral, or parasitical. The terrifying truth is discovered too late, after most Americans are exposed: domestic terrorists have infected the country’s wheat with a prion causing an aggressive form of mad cow disease. Now Shiloh, a homesteading mother in Reno, Nevada, struggles to get her family out of the city and to a safe place where she can control their food and the dangers they face. This story is told from Shiloh’s snarky and imaginative viewpoint and is a wild ride full of tension, laughter, and enough scientific truth to make your skin crawl.

And the other announcement:

I’m going to Zambia in January! My friend Heidi, who is co-founder of the charity She Talks to the World, needs someone to consult on gardening and agricultural issues. They girls’ school, which the charity runs, has recently purchased twelve acres and needs to feed the girls and a community, in addition to providing a cash crop. This January trip is to assess the land before they build the school and to write a business plan to get everything going.

The whole project will take several years, as I travel back and forth to help build the farm, plant, and to teach the girls how to grow and harvest their food. And I’ll be documenting everything and writing a book, from which I’ll donate 100% profits back to the charity.

To read more about this, check out these links:

She Talks to the World

My plea on YouCaring to help fund the endeavor

My Patreon profile, where I’ll do most of my updates and hope for patronage to help as I craft the book.

Whew! That’s just a digest of 2016. The fact that I’ve been unable to blog shows how busy I’ve really been. But I promise to give you something each week, even if it’s 500 words of the latest poop story (I told you, there are lots of those) to tide you over until I talk about Zambia or the book or something else way more exciting.

Thank you and happy new year! 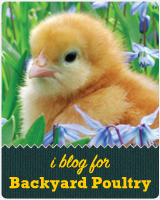 Yes, MY NAME IS jo

People always ask what Jo is short for. Short answer:Jo.

Tired of fake reviews? We are too.

A new family-friendly sci-fi, fantasy, or horror story every Monday.

Its those silly dreams that keep us alive...

a smorgasbord of Northcentric nonsense

Welcome! You will have a journey, when you read through these posts.

There are never enough books!

Retro Living in a Modern World. Naturally Sustainable Skills in City and Country

Where Imagination And Technology Collide

She Writes With Love

Ruler of the world inside my head